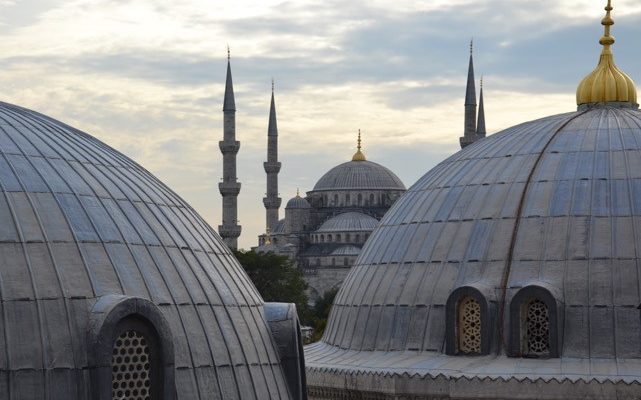 In any business development plan, Turkey is bound to be considered as a target at some point.

But if thinking about entering the Turkish market is one thing, actually doing so is quite another. There are many obstacles that need to be overcome. It is better to be aware of them before they stop you in your tracks with a bump.

Turkey is the only country in Europe that straddles two continents. On one side of the Bosphorus you are in Europe, and on the other Asia. This duality will become familiar at every stage of your move into the territory and as soon as you make your first contacts.

Getting to Turkey is disconcertingly easy and affordable. The easiest way is to take one of the regular airlines, such as Turkish Airlines. Take off from a national airport and arrive at Atatürk Airport (European side), a few kilometres from the city centre, which can be reached by taxi, bus or metro. You could also fly with a low-cost airline from a regional airport. You will arrive at Sabiha Gökçen, on the Asian side. It will then take one to three hours by bus or taxi to reach the city centre, depending on your arrival time.

A visa may or may not be required depending on your nationality. It can be obtained on-line at www.evisa.gov.tr and costs 25 USD (valid 6 months).

If you intend to work in Turkey, a different, longer procedure applies. Turkey always gives preference to Turkish nationals for employment. If a given job can be done by a Turk, you will not be authorised to work in Turkey.

As an excellent sales director, you have a perfect command of English. Up to now, this language has enabled you to boost your company’s sales throughout the world. You think your English will be useful in Turkey. It certainly will, but it will not be enough…

Although more and more Turks express themselves on simple subjects in the language of Shakespeare, most executives will prefer their own language to any other.

In our opinion, having a reliable local partner is essential.

Turkish executives are generally hyperactive. They work very little via e-mail, as we are used to doing; they prefer to use the phone, and are ready to do so from 6 in the morning to very late in the evening, including at weekends.

In our countries we talk about the “right to switch off”, so you can see the extent of the gap that separates us.

As in many other eastern countries, it is very difficult to begin a relationship with a Turkish company without being “recommended” by someone they trust. If you arrive without a recommendation, it will take months before serious discussions can begin. During this time, you will be tested on your character, your habits, your lifestyle, your religion… In a Muslim country, there are things you should not say and others you should not do.  Patience is an indispensable virtue, and silence is sometimes just good manners.

Don’t think as if you were in Paris or Brussels. If your watchwords are “time is of the essence” and “punctuality is the soul of business”, you’re in for a nervous breakdown. Forget all about the “academic quarter”. Be ready to drink tea, and lots of it (called “çay”).

In Istanbul, to get from the Asian side to the European side, it can sometimes take 3 hours to travel 40 kilometres. Get used to using the metro, the most efficient way of getting around in this megacity of 11 million people.

This will not be the most complicated aspect of getting established. Large numbers of young graduates leave the universities every year. Salaries are reasonable and the minimum wage is 1,300 TL (as of 15 Feb 2017: 338 EUR).

You will have to get used to a very high turnover rate, though. Once you have hired and trained your new candidate, he will very quickly try to make the most of his new skills elsewhere. It’s up to you to convince him to stay.

When it comes to the education provided by Turkish universities, it’s the same as anywhere else in the world. It all depends on the university. The best candidates have supplemented their training with one or more years spent outside their native country. But the salaries expected by these candidates are generally well above the national average.